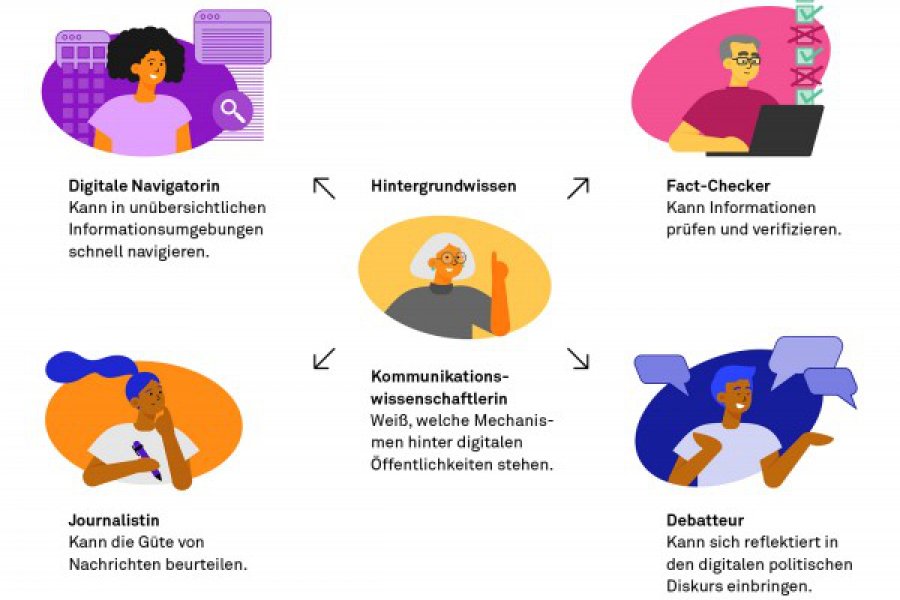 In the nationwide study "Quelle: Internet?", 4191 people over the age of 18 were surveyed and tested in online interviews on the topic of news literacy. The main focus was on the ability to navigate in digital media environments, assessing the quality of news and content, checking information and sources, discourse skills and knowledge of how digital publics work.

As far as the digital information and news literacy of the German population is concerned, most people have only basic knowledge in this regard. 46% of participants achieved low or even very low competence scores, 33% achieved medium scores and only 22% achieved very high scores. Out of a possible 30 points, the approximately 4,200 respondents scored an average of only 13.3 points. Age has a major influence on news literacy: 18- to 29-year-olds scored better on average with 15.2 points, whereas people aged 40 to 49 scored only 13.2 and people aged 60 to 69 only 12.9. At the same time, competence is also related to schooling: people with low formal education scored an average of 11.2 points, with medium 12.7 and with high 16.2.

The vast majority 59 % succeed in assessing the neutrality and trustworthiness of a source. Nevertheless, respondents found it difficult to identify conflicts of interest. For example, 65 % recognized that the managing director of an air travel portal is not a neutral source, but only half were still able to explain what the conflict of interest is when he writes about air travel. The study also shows how ineffective Facebook and YouTube fact-checking is, for example. At most, a quarter of the respondents identified the fact check marker as helpful in identifying misinformation.

The study also documents how little the respondents know about the German media system. Only half of the respondents were able to correctly answer that members of the Bundestag have no direct influence on the reporting of public broadcasters. 35% of respondents also think that public broadcasting is under the control of the Minister of State for Culture and Media (another 40% said "don't know").

The study was reported on by Spiegel, Deutschlandfunk, Süddeutsche Zeitung, Tagesspiegel and Bayerischer Rundfunk, among others. The entire study can be downloaded from the Stiftung Neue Verantwortung website. The project was carried out together with pollytix research gmbh and funded by the Federal Commissioner for Culture and the Media (BKM), the Federal Agency for Civic Education (bpb), the State Media Authority of North Rhine-Westphalia (LfM NRW) and the Media Authority Berlin-Brandenburg (mabb).

Our colleagues nach morgen have built an interactive news test from the study. Here you can now test your own news competence. Good luck! 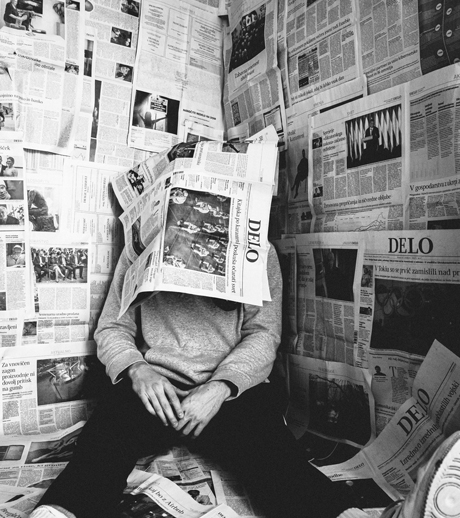